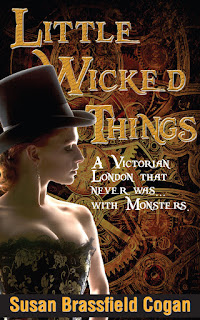 In the 19th century, there were new marvels almost every year—steam engines, photography, telegraphs, trains. But after the Great Disaster, everything seems to veer off in another direction. Rumors of wireless communication and electrical energy all die out. The marvels stop. Then another disaster strikes—the assassination of elderly Queen Victoria and two of her sons. For a while, the world collapses into mad chaos. Parliament is dissolved and Queen Victoria’s grandson, Prince Albert becomes the heir apparent. The Regency Committee rules with an iron fist, but they bring peace and order back into the nation. Then, quietly at first, a third disaster. The monsters come. Miriam Walker hunts them. 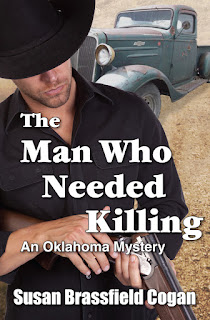 Award Winning!
The Man Who Needed Killing
An Oklahoma Mystery

“The author never lets any piece fall into place too easily or illogically, never gives any character an easy out from their moral qualms, and colors details so skillfully that you feel the heat of the Oklahoma drought as surely as each little betrayal's knife wound when Joe realizes a friend has lied.” - Publisher's Weekly

It is 1935 and Joe Bennett is a straight-arrow town sheriff who must investigate the death of a man everyone is happy to be rid of.

A wandering minstrel (who in 1935 was called a hobo) has a magical ruby ring and an even more magical harmonica. This story also has lying friends, secretive townspeople, a woman of negotiable virtue and her criminal boyfriend, a beautiful angel in a cold white box and a dead man who really, really deserved it.

Max Archer is a private detective who doesn't like Gregory Button (“he’d raise the hair on the neck of a stone idol”) but, at least at first, he can’t quite figure out why. Max has good instincts. Gregory is a contract killer with a popular specialty. He kills people with kindness. If Aunt Hattie needs to go gently into that good night, so you can collect the insurance money, Gregory is there to provide a quiet and painless exit. Upon request, he can even make it look like death by accident or natural causes. Max complicates Gregory’s life when the Button Man is hired to kill Hart Freeman and Chou Seoul (do those sound like made up names to you?). They are a couple of con men who fleece people by offering them promises of eternal life.

Gregory teaches them just how inevitable death can be. 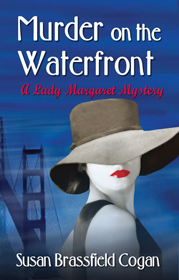 Murder on the Waterfront
A Lady Margaret Mystery
Lady Margaret’s quest to bring a killer to justice leads her out of her art studio to a seedy all-night cafe, a Depression-era tenement, the waterfront, and eventually to the dark underbelly of Chinatown.
Inspector Monahan, the blunt-talking son of Irish immigrants has no love for the English nobility. He takes a dim view of interfering amateur sleuths and doesn’t like being strong-armed, even by a gorgeous dame.

Together they pursue the Mandarin, a shadowy Chinese gangster who may have the answers to blackmail, smuggling, and the whereabouts of a heartless killer.

Cherie Jung reviewing for Over My Dead Body:
“It’s been quite some time since I read a book I was willing to skip lunch to continue reading, but I read straight through from page one to the end without stopping. Everything clicks. A good story, fascinating characters, and snappy dialogue.”
250 pages
$2.99 E-book
Amazon Kindle, Barnes & Noble Nook, and Smashwords
Paper $11.55 at Amazon 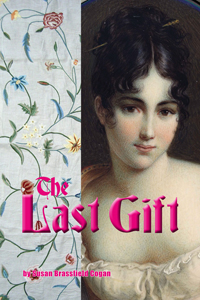 I started this book out as a romance. I can't write a standard grocery store romance. Sorry. So I killed off the girl's parents and sold her into sex slavery. There's still a handsome hero who has to bail her out of this mess, but there's also a bejeweled dagger, murder, revenge, a mysterious fortune teller, the French Revolution, Paris, the guillotine, bordellos, palaces, aristocrats, and whores.

This book is a nonstop ride through a violent history.


The Heart of the Tengeri 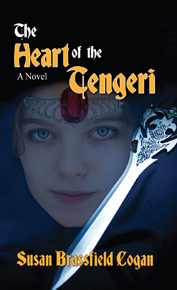 A young queen must save her kingdom from her crazy, homicidal brother and her ambitious wizard.

Her only hope of saving her people from her enemies is to find the long-lost Heart of the Tengeri, a fabled talisman that contains the strength and power of the empire.

Moby Dick or The Whale
The Good Parts

When this book was published in 1851, reading for pleasure was still a fairly new idea. There were no televisions, no movies, no mp3 players, no internet and no cell phones. If you wanted to hear music you picked up a fiddle or a guitar and played it for yourself or you talked someone into doing it for you. In 1851 books were very expensive. If you bought a book to read for pleasure there’d better be a lot in it for your Yankee dollar. Melville knew his audience and he knew he needed to add a lot of stuff to his plain sea tale to make it interesting to his readers This book was written for the average reader of the mid-19th century.

Here we are now in the early 21st century and Melville is competing with anime, Disney, Spielberg, and millions of blogs. If he were publishing this book today he would have written the book for us 21st century people and wouldn’t have included a 3000-word essay on “The Whiteness of The Whale” plopped down into the middle of a great and gripping story about monumental evil and passionate revenge.

So here is Moby Dick for the 21st Century. All the long boring parts demanded by our ancestors have been deleted while preserving the story that still entertains after more than 150 years.